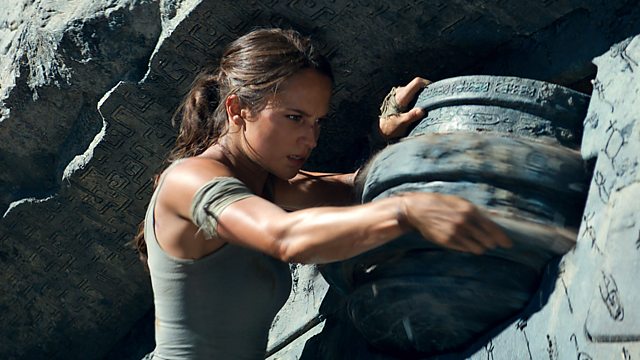 Is Lara Croft a feminist icon in the new Tomb Raider film? Plus author Lisa Halliday talks about how her novel Asymmetry echoes her relationship with Philip Roth.

Lara Croft remains one of the most famous gaming characters ever. Now as the film franchise of the games gets a reboot staring Alicia Vikander, film critic Kate Muir and gamer Julia Hardy discuss whether Lara Croft is a feminist icon or an object of male fantasy and what she reveals about the portrayal of women in gaming and film.

Debut novelist Lisa Halliday won the prestigious American Whiting Award for her fiction writing - previously won by Colson Whitehead and Jonathan Franzen. No surprise then that her first full length novel Asymmetry has been winning rave reviews. Lisa discusses the book which is in three parts, and reveals how the opening section is resonant with her own affair with Philip Roth.

The close interaction between actors and audience in interactive or immersive theatre has been part of its rising attraction, but that appeal is in danger of becoming a problem. Alexander Wright, director of the immersive Great Gatsby show, Maureen Beattie of the actors' union Equity, and theatre critic Sarah Hemming discuss where the lines should be drawn.

Tom Jones and Jennifer Hudson on The Voice, Art galleries on screen

Alicia Vikander
Tomb Raider is on general release from 16 March, cert 12A