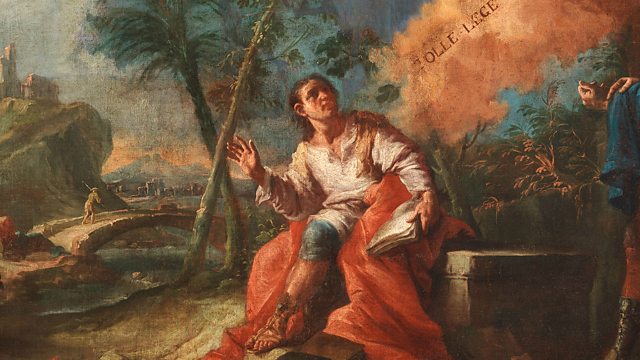 Melvyn Bragg and guests discuss St Augustine's account of his life, sometimes called the first autobiography, written around AD397 after he had been appointed as Bishop of Hippo.

Melvyn Bragg and guests discuss St Augustine of Hippo's account of his conversion to Christianity and his life up to that point. Written c397AD, it has many elements of autobiography with his scrutiny of his earlier life, his long relationship with a concubine, his theft of pears as a child, his work as an orator and his embrace of other philosophies and Manichaeism. Significantly for the development of Christianity, he explores the idea of original sin in the context of his own experience. The work is often seen as an argument for his Roman Catholicism, a less powerful force where he was living in North Africa where another form of Christianity was dominant, Donatism. While Augustine retells many episodes from his own life, the greater strength of his Confessions has come to be seen as his examination of his own emotional development, and the growth of his soul.

Morwenna Ludlow at the University of Exeter