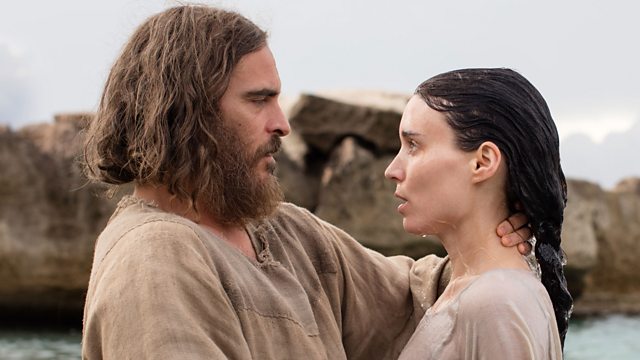 A review of film Mary Magdalene, a discussion on the state of Icelandic fiction, Joseph Morpurgo on his new one-man show, Hammerhead, and Stephen Hawking in popular culture.

Mary Magdalene was Jesus Christ's most loyal friend, who stayed with him through the ordeal of his crucifixion, and was the first witness to his resurrection. But she was also denigrated by the church as a prostitute. Now her story is told in a new film with Rooney Mara as Mary and Joaquin Phoenix as Christ. Michèle Roberts, who wrote the novel The Secret Gospel of Mary Magdalene, reviews.

With its population of 300,000, Iceland has more books published, and more writers per head, than anywhere else in the world. As it becomes a leader in Nordic Noir, crime writer Ragnar Jónasson and professor of Icelandic, Helga Lúthersdóttir, discuss the rich world of Icelandic fiction from the sagas which date back to the 13th century to the present day.

Joseph Morpurgo's show Hammerhead strangely begins after his show has ended. It is the question-and-answer session after an - imagined - 9-hour, one-man performance of Frankenstein. He talks to Stig Abell about this conceit and where it leads him.

And with news of the death of the theoretical physicist Stephen Hawking, we consider his presence in popular culture, and in particular playing himself on TV.

The Mary Magdalene film is out in UK cinemas from 16 March 2018, certificate 12A.

Image to the left: Rooney Mara as Mary in Mary Magdalene

Image: Iceland: Land of Fire and Ice, from "Historia de Gentibus Septentrionalibus " (History of the Northern Peoples) by Olaus Magnus 1490 - 1558.

Joseph Morpurgo: Hammerhead is at the Soho theatre, London until 17 March 2018.

Joseph Morpurgo also appears in Austentatious which tours the UK in the autumn of 2018 with their improvised show in which they create a "lost "Jane Austen novel.

Image: The traditional musician Liam O'Flynn with his uilleann pipes