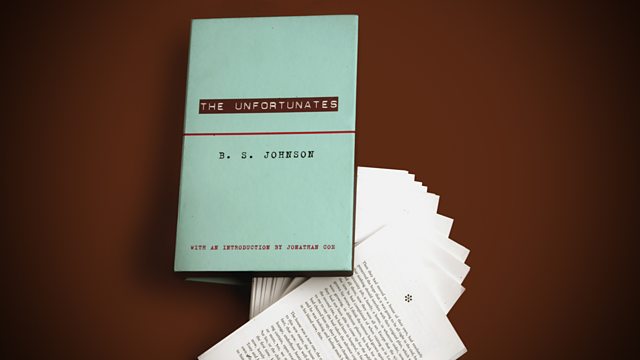 4 Extra Debut. DJ Taylor tells the story of a group of experimental 1960s British writers including BS Johnson and Ann Quin. From 2014.

In the 1960s, a group of writers set about shaking up the polite conventions of the British realist tradition through a whole range of experimental approaches.

Sound poets created some of the strangest programmes ever broadcast by the BBC, while the likes of BS Johnson cut holes in the pages of his novels - and in the case of his book 'The Unfortunates' published the unbound chapters in a box for the reader to mix up and read in whatever order they wished.

Johnson and similarly minded writers like Ann Quin, Bob Cobbing, Alan Burns and Christine Brooke-Rose were prominent in their day, appearing regularly on TV and radio, but they've now largely been forgotten.

Using some of the rich archive these writers left behind, DJ Taylor sets out to tell their story, with the help of Johnson's biographer Jonathan Coe, editor of a new Ann Quin collection Jennifer Hodgson, novelist Eimear McBride and poetry critic Jeremy Noel Tod.

Borrowing some of their techniques Taylor argues that while we may no longer talk about this group of determinedly experimental figures, many of today's most prominent writers, from David Mitchell to Alice Oswald, owe them a debt of gratitude.