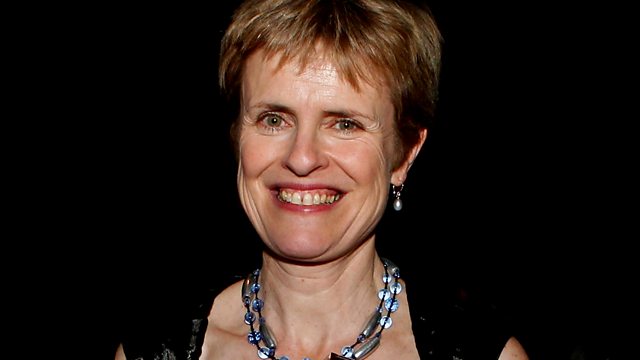 Rachel Portman and The Duchess

Donald Macleod in conversation with Rachel Portman discusses The Duchess which has been included in the A-level music syllabus.

Donald Macleod this week joins the Oscar winning film composer Rachel Portman in her studio in London, to chat about her life and music for film and the concert platform. Portman was the first female composer to win an Academy Award, an Oscar, and a Primetime Emmy Award for her various film music projects, as well as many other Academy and Golden Globe nominations. In more recent years her music for the film The Duchess has been added to the A-level music syllabus for students to study. Portman also has an interest in ecology and environmental issues. There'll be an opportunity to hear part of her choral symphony The Water Diviner's Tale, a collaboration with Owen Sheers, plus the orchestral work Endangered specially recorded by the BBC Symphony Orchestra. Throughout the week there will also be music specially recorded by the BBC Singers including Portman's Magnificat, and her Christmas Carol We Were There composed in collaboration with Michael Morpurgo.

In conversation with Donald Macleod, the composer Rachel Portman reveals how films can take over your life when you work on them. Specifically how a dark and traumatic film may impact upon her, to working on a lighter film such as Chocolat, and how during the process of composing for this film she kept on eating and craving chocolate. Portman also talks about her environmental concerns, and working with the poet Owen Sheers on the ecological music drama The Water Diviner's Tale. In recent years her music for the film The Duchess has been included on the A-level music syllabus, and Portman discusses how she thinks this came about.