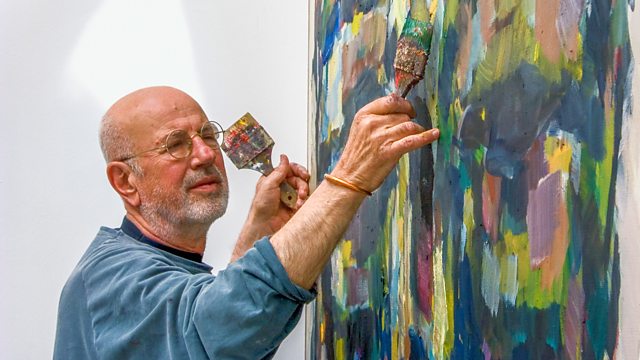 An Alternative History of Art
Episode 4 of 10

Iwona Blazwick, director of Whitechapel Gallery, investigates the art of Syrian painter Marwan, whose post-surrealist portraits draw on both Arabic and western influences.

Iwona Blazwick, Whitechapel Gallery director, continues the series exploring overlooked visual artists from the 20th century. Art history has been written from a white, Western, male perspective. What if we could revise the canon?

Born in Syria in 1934, Marwan Kassab-Bachi stopped for a brief visit in Berlin on his way to resettling in Paris in 1957. In Berlin, he stumbled on a world of artistic activity that sucked him in and led him to stay for the rest of his life. Marwan's portraits are haunting, drawing the viewer into the inner psyche of his subjects. As Marwan said, "I paint souls." Though he has received more recognition in his adoptive home of Germany than in his country of origin, his work continues to reference Syria's socio-political situation. Drawing on influences from both Western and Arab styles, Marwan's work also explores the identity of those who live in a cultural diaspora. According to Iwona Blazwick, he is a true original whose work carries the power and complexity of Francis Bacon.

The series features artists selected by curators with varied perspectives - Hans Ulrich Obrist, Iwona Blazwick and Naomi Beckwith. Told broadly chronologically with inter-changing presenters, the series explores why these artists have been obscured and why some are now being reinstated into the 20th century artistic canon.

See all episodes from An Alternative History of Art