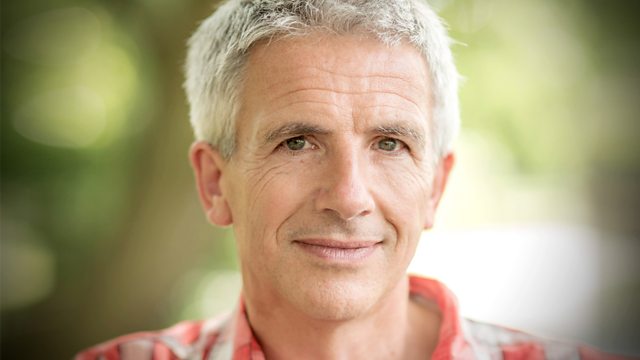 Patrick Gale talks to James Naughtie and readers about A Place Called Winter, the story of Harry Cane, who emigrates to the harsh prairie wilderness of Canada in the early 1900s.

Patrick Gale discusses his novel, A Place Called Winter, set at the beginning of the 20th century. The life of Patrick's own great-grandfather Harry Cane provides the backdrop for a fictional story about the character Harry Cane, who leaves behind his wife and daughter in order to keep a scandalous love affair with another man quiet, and emigrates to the harsh wilderness of Canada.

Harry signs up for an emigration programme to the newly colonised Canadian prairies. Remote and unforgiving, his allotted homestead in a place called Winter is a world away from the suburbs of turn-of-the-century Edwardian England. And yet it is here, isolated in a seemingly harsh landscape, under the threat of war, madness and an evil man of undeniable magnetism that the fight for survival will reveal in Harry an inner strength and capacity for love beyond anything he has ever known before.

Patrick Gale describes how he followed in his great-grandfather's footsteps and travelled to Winter in Saskatchewan and learned about those pioneering communities and their relationship with the Cree, the Native North American tribe. And how the character Troels Munck was named for a Danish man who bidded to appear in Gale's next novel at a charity fundraiser.

Eimear McBride - A Girl Is a Half-formed Thing