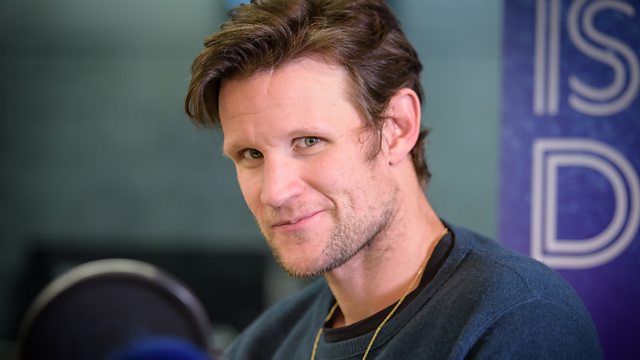 Kirsty Young interviews actor Matt Smith, best known as the eleventh Timelord in Doctor Who. At 26, he became the youngest actor to take the part.

Matt Smith is best known as the eleventh Timelord in the BBC One series, Doctor Who. At 26, he became the youngest actor to take the part.

His future looked set to be in football: he played at youth level for Northampton Town, Nottingham Forest and Leicester City until a serious back condition ended his highly promising career prematurely. His drama teacher encouraged him to take up acting and he joined the National Youth Theatre and studied drama at the University of East Anglia. He played Lockwood in the National Theatre's touring production of The History Boys and was nominated for an Evening Standard Best Newcomer Award for his performance in Polly Stenham's That Face. He also appeared as a political researcher in the BBC Two parliamentary drama, Party Animals.

Despite being a surprise choice to play The Doctor in 2009, he became the first actor to be nominated for a BAFTA television award for his performance in this role, and has won two National Television Awards. When he left Doctor Who at the end of 2013, he appeared on stage as Patrick Bateman in American Psycho: The Musical.

In 2016 he took the part of HRH Prince Philip Mountbatten, The Duke of Edinburgh, in the Netflix series The Crown, and received great acclaim, leaving the role at the end of the second series in late 2017.

See all clips from Matt Smith (3)