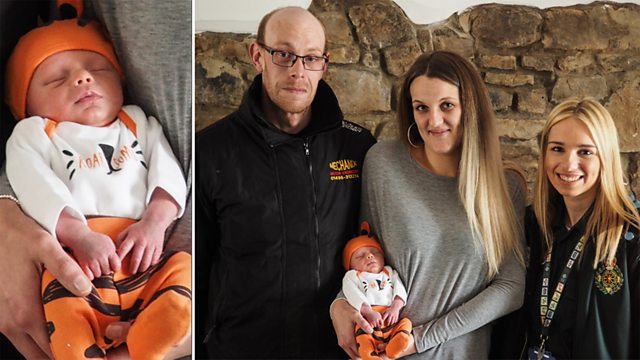 An extraordinary 999 call from Gareth Williams in Wales. His partner was having stomach pains, then something unexpected happened.

The hero bus driver whose quick actions in dodging a car on an icy road in Edinburgh have gone viral.

Plus Clowns Without Borders, they entertain refugee children who have fled some of the world's most dangerous places.