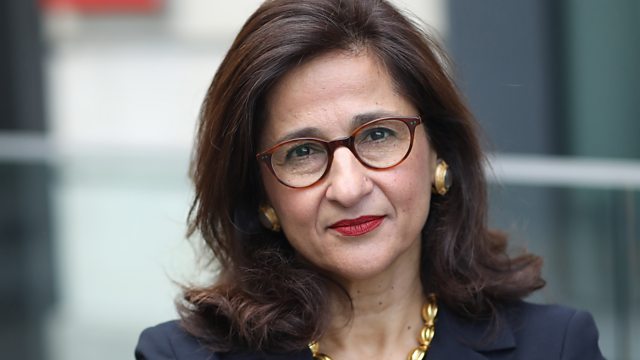 Dame Minouche Shafik is the director of the London School of Economics and a former Deputy Governor of the Bank of England.
She was born in Egypt but her family had to flee the country when she was four years old, because her parents lost everything during President Nasser's nationalisation programme. Her father, a scientist, found work in America, and Minouche and her sister attended numerous schools there, before she went back to Egypt at the age of 16. She trained as an economist, studying at the University of Massachusetts-Amherst and the London School of Economics before receiving her doctorate at Oxford.
Minouche Shafik was the youngest ever Vice President of the World Bank, at the age of 36. She later served as the Permanent Secretary of the Department for International Development from 2008 to 2011. She joined the Bank of England as its first Deputy Governor on Markets in 2014, and was a member of the bank's monetary policy committee. She became a Dame in the 2015 June Birthday Honours list.