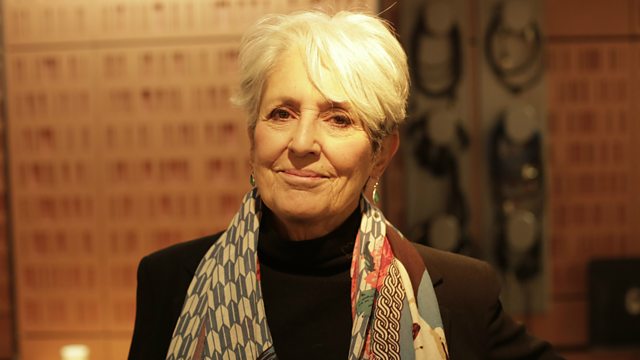 Joan Baez looks back on a life of music and activism ahead of her last formal tour and journalist Kate Figes talks about her breast cancer diagnosis.

As Joan Baez prepares to embark on her last formal tour, she looks back on a life of music and activism. And she performs The President Sang Amazing Grace a track from her first original album in a decade, Whistle Down The Wind, which is released today.

The journalist Kate Figes was writing her latest book about life stages, this time focusing on midlife as she approached her 60th birthday, when she was diagnosed with breast cancer. She talks to Jenni about the experiences that resulted in her book 'On smaller dogs and larger life questions,' what treatments, conventional and alternative, work for her and how, ultimately, it's people that matter.