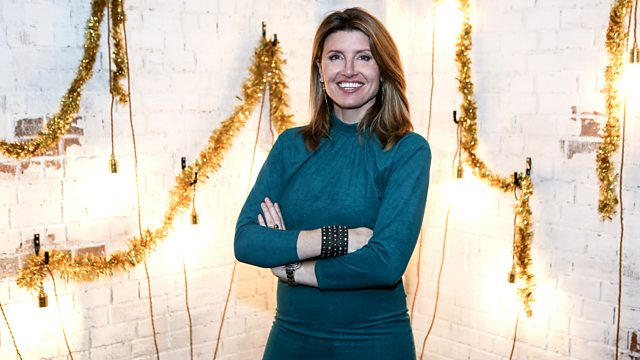 Sharon Horgan, the comedy actress and writer behind Pulling, Motherhood and Catastrophe features in her first major Hollywood film, Game Night. She tells Kirsty about the difference between working on American movies and British television and why series like Catastrophe aren't , in fact, sitcoms.

Syrian musician Maya Youssef brings her qanun into the studio and performs from her album Syrian Dreams.

Samantha's Harvey's latest novel, The Western Wind, is a literary medieval whodunit with an ingenious construction. She discusses its palindromic form and explains the significance of setting it in 1491.

Sharon Horgan is in Game Night, which is in UK cinemas from 02 March 2018, certificate 15.

Images: main image above and image to the left: Sharon Horgan

Maya Youssef is playing in the UK on 08 March at St Mary's Music Hall in London; and at Songlines Encounter in London on 02 June 2018.

Image: Maya Youssef with her traditional Syrian instrument, the qanun.

The Western Wind, Samantha Harvey's book is published on 01 March 2018 in hardback and as an eBook.