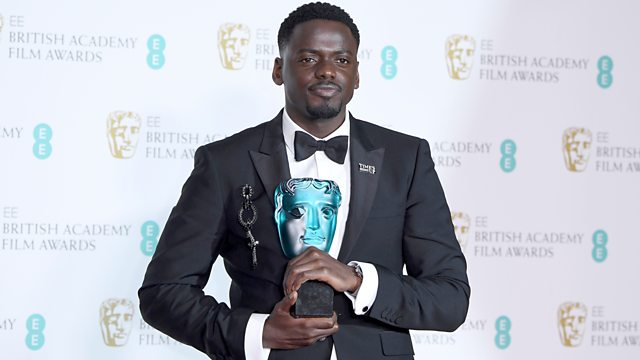 Daniel Kaluuya won BAFTA's Rising Star award and is Oscar-nominated for Get Out. Mark Coles finds out how the Black Panther star made it to Hollywood from a London council estate.

Black Panther star Daniel Kaluuya has already won BAFTA's Rising Star award and now he's been nominated for a Best Actor Oscar. The 28-year-old Londoner is up against acting giants Daniel Day-Lewis, Gary Oldman and Denzel Washington, having been shortlisted for his role in the satirical horror movie Get Out.

Raised by his Ugandan mother, who remains an inspiration, Kaluuya grew up on a council estate in North London. He first came to public attention as a teenager, when he wrote and performed in the hit television series, Skins. But he's been acting and writing from an early age, having won a play-writing competition when he was nine and impressed talent spotters when he was still at school.

Mark Coles talks to those who recognised and nurtured the young Kaluuya's talents, including his A level drama teacher Jo Fenton, the co-creator of Skins Bryan Elsley, playwright Roy Williams and the director of his forthcoming film Widows, Steve McQueen.