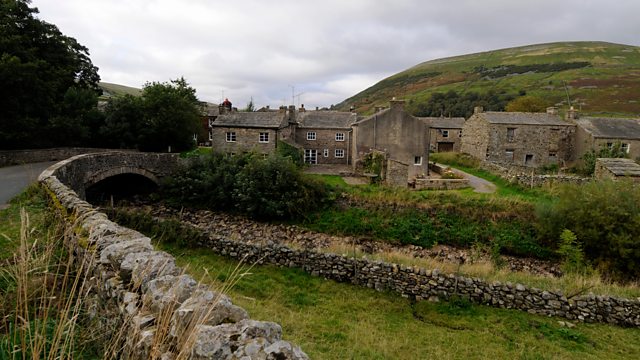 Book of the Week Yorkshire
Episode 4 of 5

A wide-ranging, lyrical and very personal history of Yorkshire by Richard Morris.

Yorkshire is one of Europe's most geologically varied areas - a realm where mountain, plain, coast, chalk hills, wetland and heath intermingle.

In Richard Morris' Yorkshire, we discover the county through eyes of artists like J M W Turner, William Callow and Henry Moore - and the imagination of writers such as The Brontes, Winifred Holtby and J B Priestley.

We travel to the county's netherworld of caves, mines and tunnels, and confront dark subjects such as the part played by Whitby and Hull in the emptying of Arctic seas and shores of whales and bears.

Yorkshire explores the tumultuous history of the county and asks why it has so often been to the fore in times of conflict or tension - think Wars of the Roses, Civil War, Cold War, the miners' strike of 1984.

Both in area and population, Yorkshire today is larger than many member countries of the UN, yet remains just an English county. Richard Morris delivers a wide-ranging, lyrical and very personal history of God's Own County.

Richard Morris is an Emeritus Professor of the University of Huddersfield. He was Director of the Council for British Archaeology (CBA) from 1991 to 1999. His interest in churches, settlement, historical topography, cultural history and aviation are reflected in essays, articles and books. His book Time's Anvil: England, Archaeology and the Imagination was longlisted for the Samuel Johnson Prize and shortlisted for the 2015 Archaeological Book of the Year. His other publications include Churches In The Landscape (1989) as well as biographies of Guy Gibson (1994) and Leonard Cheshire (2000).