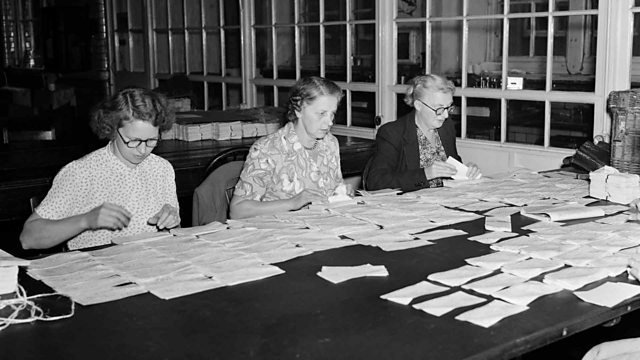 The Joy of Bureaucracy

Red tape or accountability? Matthew Sweet is joined by Lord Robin Butler, former head of the home Civil Service, writer and lecturer Eliane Glaser and Professor André Spicer whose recent book looks at meaningless management speak. Deborah McAndrew talks about her stage adaptation of Charles Dickens' Hard Times which examines the results of purely utilitarian education. And journalist Richard Lloyd Parry's new book is an account of the tsunami of 2011 - Japan's biggest loss of life since the bombing of Nagasaki.

Richard Lloyd Parry's Ghosts of the Tsunami: Death and Life in Japan's Disaster is out now
Japan Now is at the British Library in London 25 February with events also taking place at Sheffield on Saturday 24th - Programmed by Modern Culture in partnership with the Japan Foundation and Sheffield University, at The Forum in Norwich on Saturday and at the University of Manchester on Monday.

Hard Times is at The Viaduct Theatre, Halifax, until 24 February, then The Dukes, Lancaster, from 27 February until 3 March - check the Northern Broadsides website for further dates.

How Big Should the State Be?

Producer Miki Meek tells the story of a phone booth in Japan that attracts thousands of people who lost loved ones in the 2011 tsunami and earthquake. A Japanese TV crew from NHK Sendai filmed people inside the phone booth, whose phone is not connected to anything at all.