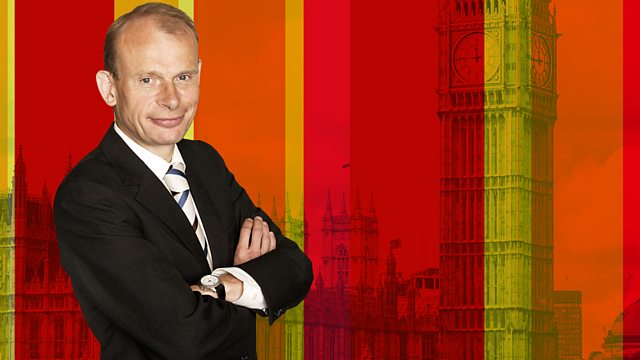 Interviews with key newsmakers and cultural figures, and a look at what is happening in the world this week.

The newspapers are reviewed by Ayesha Hazarika and Julia Hartley-Brewer, and there is music from The Spitfires.

See all episodes from The Andrew Marr Show