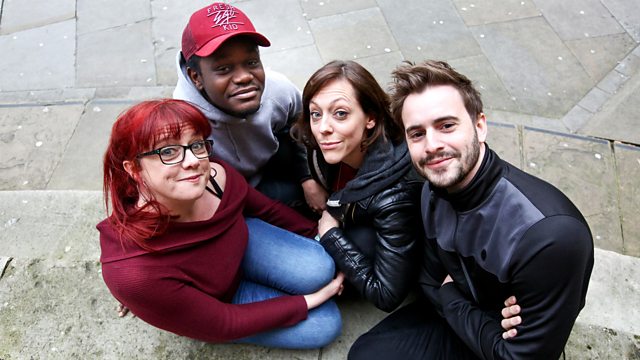 Made for Four Extra. BBC Radio 4 Extra's topical sketch show Newsjack - the show that anyone can write for - hosted by Angela Barnes.

Newsjack is lovingly assembled with jokes and sketches supplied by the Great British Public and brought to life by a revolving cast of sketch performers.

The programme continues to be a showcase for new comedy writing: anyone can submit material (sketches and one-line jokes) - these can be submitted every week of the six week run.

Details for submitting material can be found on the Newsjack programme page. http://www.bbc.co.uk/programmes/b00kvs8r.