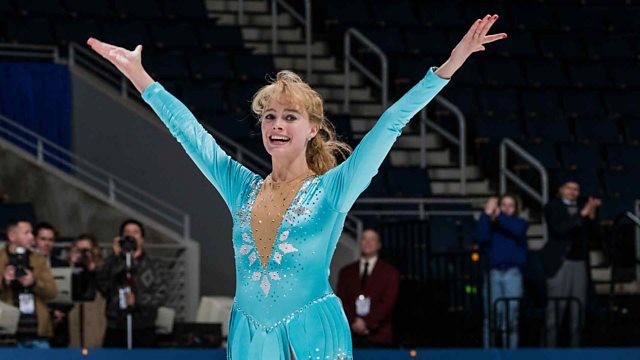 I, Tonya; Robin Cousins on the art of ice skating; Jess Kidd

A review of the biopic I, Tonya, Robin Cousins in discussion on how much ice skating is an art or a sport, novelist Jess Kidd on The Hoarder and two new BBC African services.

I, Tonya is a new biopic about figure skater Tonya Harding, who was known as the bad girl of the ice rink. The film stars Margot Robbie and Allison Janney who've won a Golden Globe and a BAFTA respectively for their performances. Briony Hanson reviews.

With the Winter Olympics in full swing we ask 'is figure skating a sport or an art'? Robin Cousins, former Olympic champion and current commentator at the figure skating at the Games in Pyeongchang, and Debra Craine, dance critic of The Times, discuss how ice dancing relates to more classical forms of dance on terra firma.

Jess Kidd won the Costa Short Story Award in 2016 and that year published her debut novel Himself to critical acclaim. She discusses her new novel The Hoarder about a care worker and her relationship with the belligerent Cathal Flood and the junk-filled house he inhabits.

Yesterday the BBC launched two new African language services, bringing the news, and telling stories in Yoruba and Igbo. Wole Soyinka, the first African to win the Nobel Prize in Literature, is Yoruba; Chinua Achebe, author of arguably the most famous African novel, Things Fall Apart, was Igbo. The editors of the new services discuss the importance of Yoruba and Igbo art and culture today.

Suffrage art and a celebration of female artists

Carey Mulligan, Spoiler Alert!, Mosaic and the Death of the Lead Guitar

Main image above: Margot Robbie as Tonya Harding in I, Tonya

Image to the left: Allison Janney as Tonya Harding's mother LaVonda Golden in I, Tonya

Jess Kidd's book The Hoarder is out now in hardback.

The BBC's new Yoruba and Igbo Services are found online.