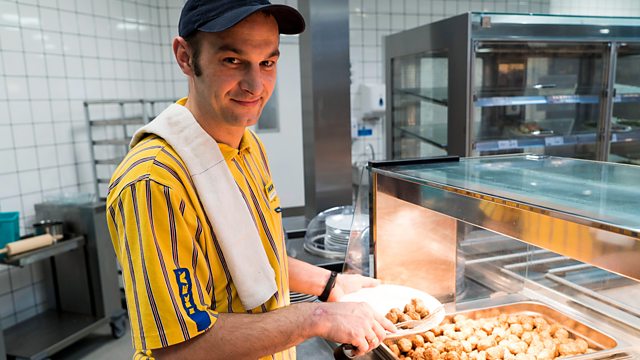 IKEA is one of the world’s most successful and recognisable brands. In a major new 3-part series our cameras travel the world to discover the secrets to their global success.

IKEA is not like any other company – the Swedish furniture retailer is driven by a powerful philosophy, to “create a better everyday life for the many people”, and with 900 million customers a year, we go behind the scenes to find the secret to its global success.

With unprecedented access to IKEA’s design studios, factories, test labs and stores over the course of a year, we get to know the people who work for the famous company, and explore how they’re opening up and massively expanding around the world.

In this first episode, we see how IKEA are starting to open up their design headquarters to outside influences. Tom Dixon - the ‘enfant terrible’ of British design, has been invited to collaborate on a new bed-sofa – but with deadlines looming and the world’s furniture press watching, neither he nor IKEA fully agree what the product should be.

We follow the production of the famous catalogue, where Sara Blomquist is in charge of devising the ‘perfect’ front-cover image. Can she unite different voices in the company, and create an image that will be seen by millions of people around the world.

In the UK, we see how changing consumer habits and online shopping is making IKEA think about new technology such as augmented reality. Having been with the company since the Warrington store opened 30 years ago, Paul Fishwick is trialling the new tech with customers in store.
Finally, we follow a group of new managers from Sheffield, who are making the pilgrimage to Älmhult, the small Swedish town where the company started 70 years ago – to understand for themselves the unique culture and values that is at the heart of the organisation.

See all episodes from Flatpack Empire

See all clips from Flatpack Empire (2)

Uncover the mysteries of flatpack, everyday design and brand names with The Open University 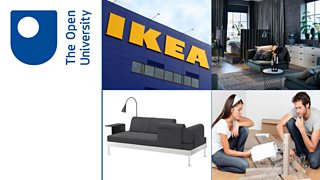 Visit OpenLearn to discover more with the OU's experts.