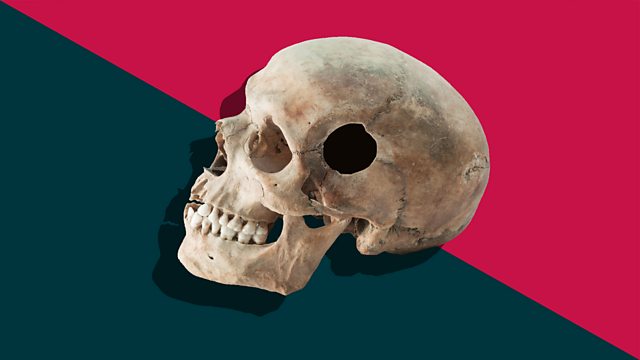 Hole in the Head

Jolyon Jenkins meets the people who think that drilling a hole in their head can restore the lost energy of youth and help prevent dementia. Could there be anything in it?

Jolyon Jenkins meets the people who believe in trepanning - drilling a hole in the head. They do it for what they think are good medical reasons. Many ancient civilisations practiced trepanning, for reasons we can only guess at, but in modern times the practice dates from the 1960s and attempts by people in the counterculture to expand their consciousnesses. These enthusiasts thought they could get more blood into the brain if the skull was a bit more elastic, and therefore get "high". Unfortunately they didn't always do it very well. and sometimes had to make several attempts before they penetrated the skull.

More recently, their focus has shifted away from blood, and towards cerebrospinal fluid. They argue that one role of CSF is to flush away the brain toxins that are implicated in dementia. Trepanning, they think, can improve the flow of CSF. Bits of their argument are potentially plausible, and they have at least one proper scientist on their side. And trepanning is, in itself, not an especially dangerous operation - most brain surgery starts with drilling a hole in the skull. But the medical profession won't take them seriously, and so they are forced to go to Ecuador to find a surgeon who will do it ... or do it themselves in their garage.

Are they dicing with death? Or are they up against a hidebound medical profession not prepared to look at the evidence?