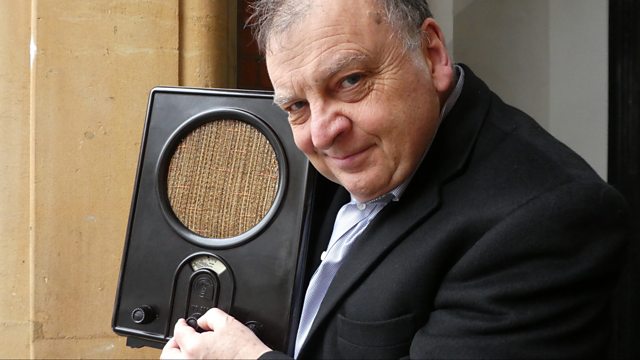 Robert Worby on how post-war German radio and new music were conscripted to fight the cultural cold war, juggling political, economic and cultural forces outside of their control.

Robert Worby tells the fascinating story of how post-war West German radio, and modern music, was conscripted to win the cultural cold war, often juggling political, economic and cultural forces outside of their control.
Robert discovers radios unsung heroes, the editors, studio technicians and producers who fostered an experimental and uniquely creative environment, which became a seedbed for contemporary and electronic music.
In the process West German Radio led the world in the promotion, commissioning and broadcasting of new music, which became an important part in rehabilitating German cultural identity after years of Nazi censorship, and bolstered their anti-fascist and anti-communist credentials.
Contemporary music broadcasts became a flag waver for a new Germany that wanted to show the world it was avowedly internationalist, and forward looking. This, in part, led to its accession to NATO and becoming an independent country again in 1955.
It's remarkable that, within a decade of the end of the Second World War, West German Public Service Radio became synonymous with the avant-garde and their orchestras became the supreme exponents of this new musical language.
It culminated in the development of the electronic music studio in Cologne in the 1950s, and they found in the young German composer Karlheinz Stockhausen a genius to match their aspirations. His electronic music composition Gesang der Junglinge was a masterpiece written for the radio, it took two painstaking years to make in the studios of WDR, and it represented a high point in a golden age of West German radio.
It sparked a lively discussion - which is as relevant now as it was then - about radio's relationship with complex culture, politics and the audience. But, as Robert discovers, radio controlled the debate and turned broadcasting into an art form in itself.

Photograph: Robert Worby with the cheap 1930s Volksempfanger or 'people's receiver' that turned Germany into a radio nation.

Patrick Kavanagh: the Inexhaustible Adventure of a Gravelled Yard