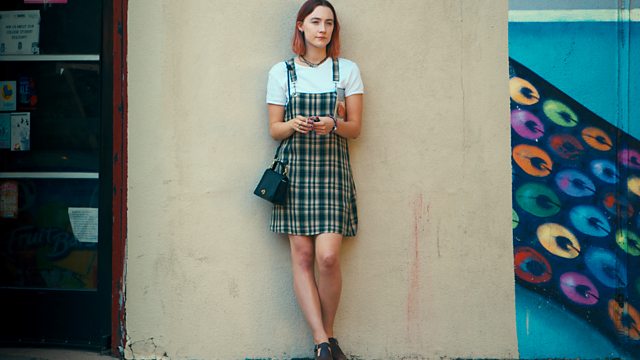 Greta Gerwig's latest film stars Saoirse Ronan. Lady Bird has been Oscar-nominated but will it impress our panel of reviewers?
Alfred Döblin's 1929 novel Berlin Alexanderplatz is considered one of the finest novels ever written. How does a brand new translation improve it?
For more than 35 years, Kettle's Yard in Cambridge was the home of Jim and Helen Ede and they opened it to the public allowing everyone to enjoy their art collection. Following 2 years of closure and a multi-million pound programme of improvements it has reopened
Howard Brenton's play, The Shadow Factory is the opening production for a new arts centre in Southampton. Set during The Battle of Britain - when Southampton was heavily bombed - it tells the story of a government initiative to make more spitfires using the facilities and technologies of many small industries throughout the city
Troy; Fall of a City is a new swords and sandals series on on BBC1 based on Ancient Greek tales

The Shadow Factory runs at Nuffield Southampton Theatre until 3 March.

Kettle’s Yard in Cambridge is open to the public every day except Mondays. Admission is free.

Troy: Fall of a City

Troy: Fall of a City is on Saturday 17 February at 9:10pm on BBC One and then available on iPlayer.