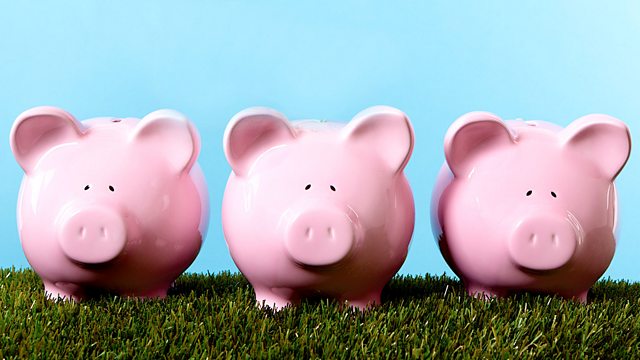 News and discussion of consumer affairs. The legal challenge over the government's new benefit Universal Credit, and the children learning to swim like mermaids.

Lawyers acting for a man who is terminally ill with cancer are taking a case to the High Court to test whether the government has acted unlawfully in the way it's brought in the new benefit Universal Credit.
They'll argue that the government was wrong to stop additional payments that had been made to him because he was so ill, when he was switched to the new benefit. The Department for Work and Pensions says it can't comment on the specific case but that Universal Credit is more targeted and support is focused on those who need it most.

Low interest rates are making savings accounts far less attractive than they used to be.
We've analysed figures from the Office for National Statistics who measure potential household savings. They estimate that last year people saved a lower proportion of their incomes than at any time for 45 years.
We look at what's driving that - and speak to an academic who's been studying our changing saving habits.

And, we'll talk about mermaiding. It's a new hobby where swimmers wear tails shaped like the fin of a mermaid.
We'll hear from a professional mermaid who wears a fin which weighs more than 3 stone and cost $1,700.

Call You and Yours: Why aren't dads staying off work to look after new babies?