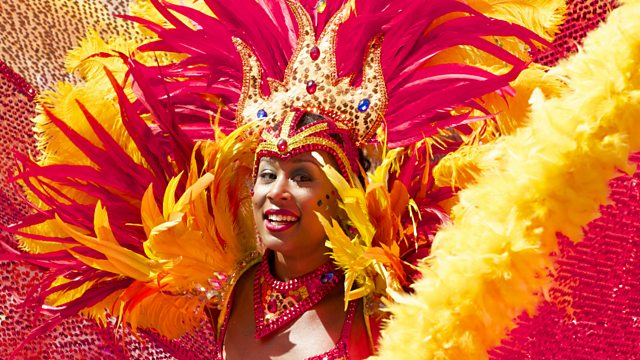 Does meditating make you a better person? People in Brazil say the Rio Carnival is under threat from a new evangelical mayor, and the campaign to keep Jewish heritage sites alive.

The new Mayor of Rio, Marcelo Crivella has substantially cut funding to this year's Carnival which started on Friday. The BBC's South America Correspondent Katy Watson profiles the Mayor who is one of the most prominent voices on the religious right in Brazilian politics and a man tipped to be President of his country one day.

The Church Investors Group, which represents Church organisations with combined investments of £17 billion, has warned some of Britain's biggest companies it intends to take a hard line over failings on executive pay, gender diversity and climate change in the forthcoming annual meeting season - Canon Edward Carter, the groups Chair, tell Edward what difference he thinks they can make.

The Foundation for Jewish Heritage has launched a project to map and preserve the historic synagogues of Europe. Historian Simon Schama and Journalist Natasha Kaplinsky OBE tell us about their connection with the project

A 1,300-year-old gold cross (the Trumpington Cross), found buried with the body of an aristocratic Anglo-Saxon teenager, has gone on display in Cambridge. Dr Sam Lucy an archaeologist at Cambridge University explains its significance.

A new app has been released which is designed to help couples stay together. We get a couple to try it out and hear from its developers Christine and Mark Daniel.

New research from Dr Miguel Farias of Coventry University says there is no evidence meditation and mindfulness make you a better person. Reporter Bob Walker has been looking into the Hindu history of the practice and whether it can have a positive impact on wellbeing.

The ancient Mandean religion. Can we live without being judged? Should we give to charity?