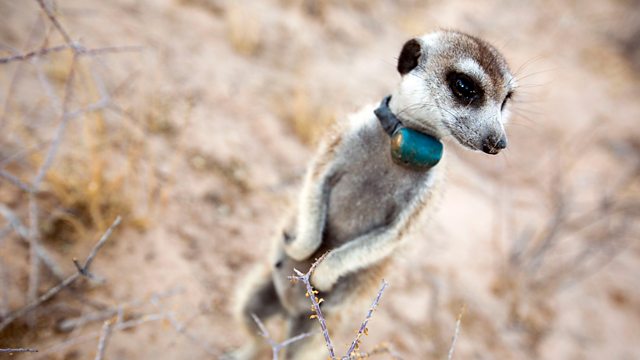 Animals with Cameras Series 1
Episode 1 of 3

In this groundbreaking new series wildlife cameraman Gordon Buchanan joins forces with scientists to put cameras on animals. Together, they make extraordinary discoveries about the lives of some of the planet's most fascinating species.

In the first episode, the team uncover the hidden lives of three iconic animals. In the Kalahari Desert the team put cameras on wild meerkats for the first time, allowing scientists to finally understand what these miniature mammals get up to underground.

Heading to Cameroon, Gordon works with scientist Mimi Swift, who is desperate to understand whether Kimbang, a four-year-old orphan chimp, has the skills she needs to be able to join a chimp family living wild in the forest.

Leaving Africa for Argentina, the team have penguins carry tiny cameras far out to sea on an epic journey of up to 300 kilometres (200 miles). For the first time, scientists are able to see the tactics these charismatic characters use to catch their prey. 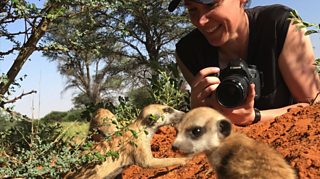