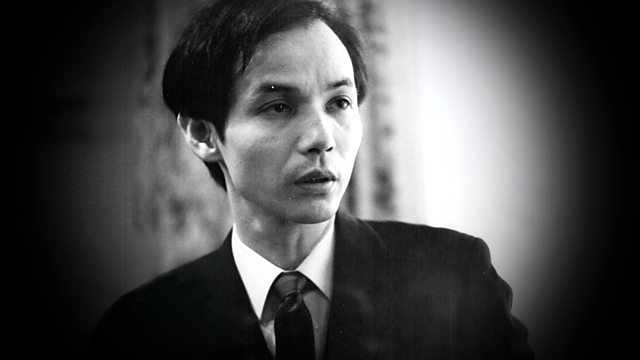 Donald Macleod journeys with Takemitsu as he meets Igor Stravinsky and John Cage during the 1950s and 1960s.

In Composer of the Week, Donald Macleod explores the life and music of the Japanese composer Toru Takemitsu. Known in his early career for his experimental approach to music, Takemitsu first came to international attention when Stravinsky heard a recording of his Requiem during a visit to Japan. From that point onwards, Takemitsu gradually became a composer of world renown, and his music not only ranged from works for the concert hall to composing nearly one hundred scores for film, but it also bridged the divide between East and West. The music of Takemitsu often became a synthesis between traditional Japanese instruments, something he initially rejected, and Western musical procedures. He created a unique and personal musical language, and his works were often inspired by nature or art, with unique titles including A String Around Autumn, or A Flock Descends into the Pentagonal Garden.

From early on in his career, Takemitsu had an interest in music for the screen. He wrote many scores for film including The Face of Another, Women of the Dunes and Harakiri. But Takemitsu consistently composed for the concert hall as well and he met Igor Stravinsky, who was greatly impressed by the younger composer's Requiem. As a result, Takemitsu was launched onto a world stage and a prestigious commission came his way from the conductor Serge Koussevitsky.

During the 1960s, Takemitsu also became very interested in the avant-garde techniques of American composer John Cage. This filtered through into Takemitsu's own compositions. In 1964 he met with Cage in America and a few years later came another important commission, this time from Leonard Bernstein for the New York Philharmonic Orchestra. The result was November Steps, which combines a western orchestra with Japanese instruments including the biwa and the shakuhachi.

Waltz (The Face of Another)
London Sinfonietta
John Adams, conductor

Women of the Dunes
Studio orchestra

Takemitsu Rejects His Own Heritage—Toru Takemitsu (1930-1996)

Takemitsu and the Pentagonal Garden—Toru Takemitsu (1930-1996)