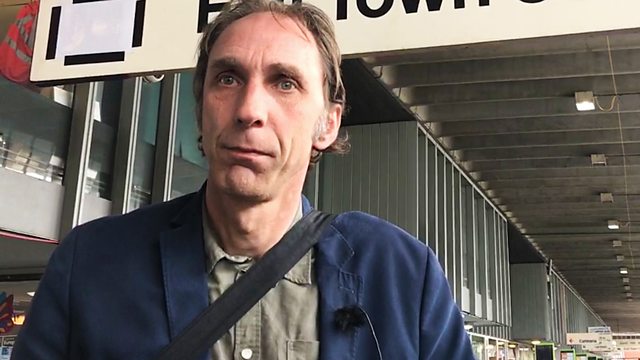 Will Self continues his 1,000-mile UK tour exploring British identity: a bold civic experiment in Preston. From 2018.

Will Self continues his 1000 mile tour of the UK by bus and coach, arriving in Preston.

Will visits a local mosque as well as assessing a bold civic experiment dubbed The Preston Model.

Bus and coach windows afford Will a different perspective on the nation. He eschews the bright lights of the big cities, heading instead for smaller urban centres. His objective is to speak to Britons about how they view their cities and themselves in 2018. In the course of his enquiries, he discovers Britain has become a highly debatable land.

Next stops: Middlesbrough, East Kilbride and Derry-Londonderry, concluding on the Irish border.