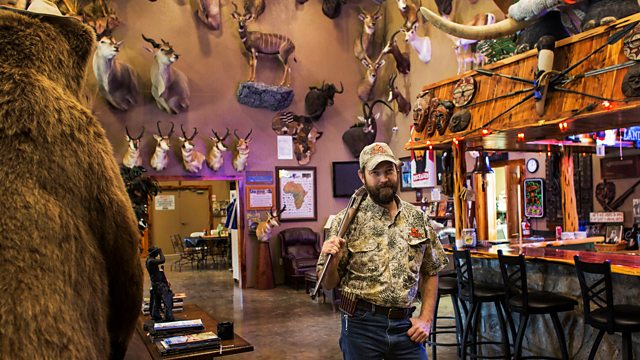 A Storyville documentary: investigating big-game hunting, breeding and wildlife conservation, it raises debate about the rights and wrongs of killing animals for sport and profit.

Endangered African species like elephants, rhinos and lions come closer to extinction each year; since 1970 the world has lost 60 per cent of all wild animals. Their devastating decline is fuelled in part by a global desire to hunt and kill these majestic animals. This film investigates the industry of big-game hunting, breeding and wildlife conservation.

Through the eyes of impassioned individuals who drive this business - from a Texas trophy hunter on a mission to kill 'the big five', to the world's largest private rhino breeder in South Africa, who believes he is saving these extraordinary beasts from becoming extinct - the film grapples with the consequences of imposing economic value on animals. What are the implications of treating animals as commodities? Does breeding, farming and hunting offer the option of conserving endangered animals? Trophy raises provocative debate about the rights and wrongs of killing animals for sport and for profit, and questions the value of these pursuits in saving the planet's great species from extinction.