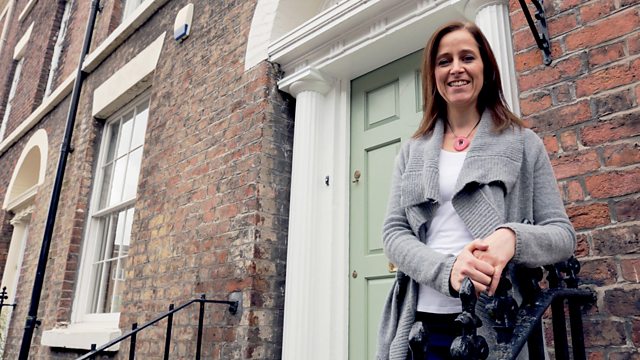 A House Through Time Series 1
Episode 4 of 4

The story of those who lived in one house, from the time it was built until now. David Olusoga traces the history of the house in Liverpool from 1945 to the present day.

In the final episode of the series, historian David Olusoga traces the history of the house in Liverpool from 1945 to the present day. He finds that these are challenging times for the city, when poverty and dereliction are widespread and the neighbourhood struggles with record unemployment. David begins his search at the year 1945, when Liverpool's multicultural community is recovering from the war and housing is in short supply. He meets the son of a young pair of newlyweds called the Quayles, setting up their first home in the attic during the postwar austerity years.

David then tracks the rapid decline of the house in the mid-20th century and meets one of a family of seven who lived in two rooms in the house without the most basic facilities. He then sees how the house was abandoned and narrowly escaped the wrecking ball by a strange twist of fate. David then pieces together the evidence to discover what happened to the house during the 1970s, when the house is apparently abandoned, only to be rescued by an enterprising group of local activists and converted into a new home for creative people. These include a successful playwright and a young restaurateur who was part of the Liverpool gay scene at the height of the HIV/AIDS crisis.

He then sees how the house, after decades as a boarding house and a shabby set of rooms-for-rent, is restored to its former glory as a single home, and reveals its colourful history to the current owner.