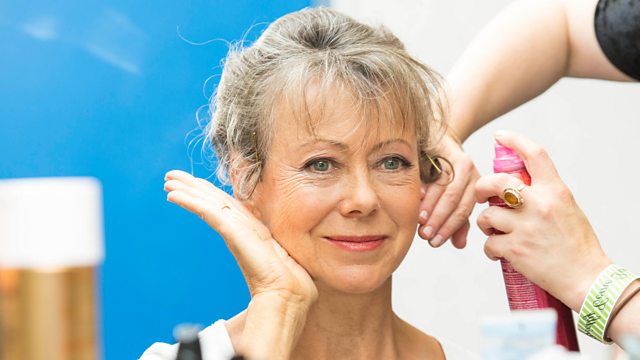 Aasmah Mir and the Rev. Richard Coles are joined by the actress Jenny Agutter who plays Sister Julienne in Call the Midwife. She recalls her time living in Hollywood and reveals her passion for rap.
Before being called to the bar, Tony Kent was a heavyweight amateur boxer. As a criminal defence lawyer he's defended high profile clients including Anthony Joshua. He has now written his first novel - Killer Intent.
JP Devlin meets Madeleine Neave to discover why she set up the Antique Breadboard Museum at her home in Putney, London.
Adam Golightly, best known for his column The Widower of the Parish, describes how he's sewed ribbons on to ballet slippers, taken up stained glass window making and his introduction to internet dating.
Mehreen Baig is a former teacher and now a blogger and reporter who appeared in the reality show Muslims Like Us.
And Suzi Quatro chooses her Inheritance Tracks: God Bless the Child by Billie Holliday and Try and Little Tenderness by Otis Reading.

Call the Midwife is on BBC One on Sundays at 8pm.
Killer Intent by Tony Kent is out now.
Being Adam Golightly - One Man's bumpy voyage to the other side of grief, is published on 8 February.
Mehreen Baig: Islam, Women and Me is on BBC1 on Tuesday at 10.45.