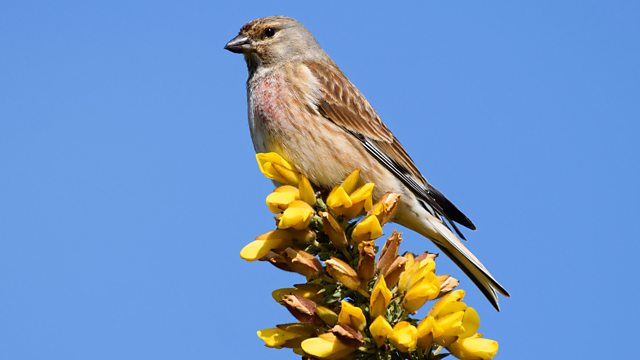 Tony Juniper on the Linnet

Environmentalist Tony Juniper describes how linnets which he was familiar with as a boy became part of popular culture.

Environmentalist Tony Juniper grew up in a neighbourhood where linnets were kept in captivity. As he recalls they were popular not only because of their striking looks but also for their song.
Tweet of the Day has captivated the Radio 4 audience with its daily 90 seconds of birdsong. But what of the listener to this avian chorus? In this new series of Tweet of the Day, we bring to the airwaves the conversational voices of those who listen to and are inspired by birds. Building on the previous series, a more informal approach to learning alongside a renewed emphasis on encounter with nature and reflection in our relationship with the natural world.

Tony Juniper on the Black-tailed Godwit

Andy Clements on the Golden Plover