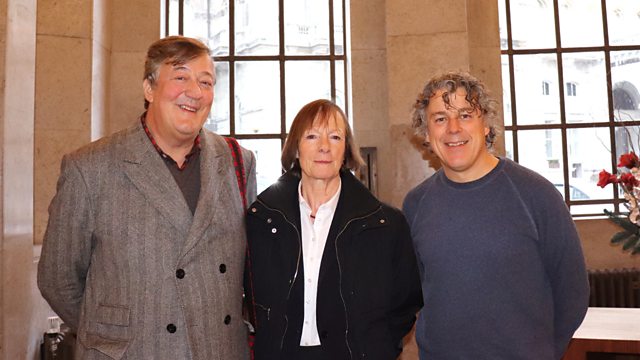 Stephen Fry and Alan Davies, comedy polymaths and QI partners in crime, get together to talk all-time favourite books with Harriett Gilbert.

Stephen Fry and Alan Davies reunite in the studio to debate their all-time favourite books with presenter Harriett Gilbert. Expect philosophical musings and a fair bit of silliness from these comedy polymaths and former QI partners in crime.

Fears for the future are discussed through Aldous Huxley's dystopian novel A Brave New World, reflections on the past come with J.M Coetzee's memoir Boyhood, and for some light relief, Muriel Spark's centenary is celebrated in a humorous take on the publishing world, in A Far Cry From Kensington. But who picks what?