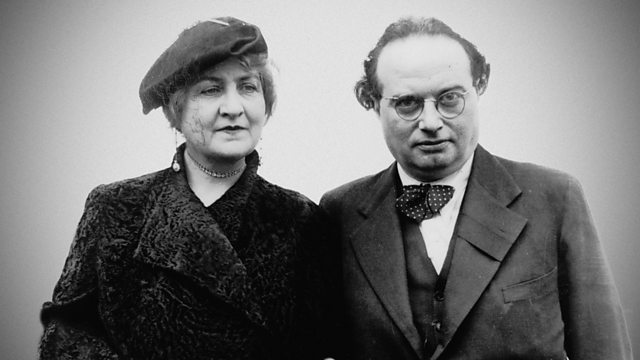 Franz Werfel's 1933 novel, The 40 Days of Musa Dagh: a heroic story of survival for Armenians in 1915 and a warning for the Jews of Europe. Maria Margaronis tells its story.

In 1933 Franz Werfel's epic novel "The Forty Days of Musa Dagh" was published to huge acclaim. The story of a guerilla army of Armenian villagers holding out against overwhelming Turkish forces on the mountain of Musa Dagh in 1915, before evacuation by French forces to Port Said in Egypt. The mass murder of more than a million Armenians during this period had led to an international outcry during the war and, after 1919, the beginning of a campaign of denial by the Turkish government that succeeded the collapsing Ottoman empire. Germany, former ally of the Ottoman empire, also rejected any guilt by association but the assassination of Talaat Bey, former Ottoman Minister of the Interior and the key architect of the Armenian extermination, who was gunned down in Berlin in 1921 by an Armenian, caused a furore. The subsequent trial became a major media event and exposed the knowledge of the German government about the massacres. The fate of the Armenians was widely discussed and many on the right explicitly linked them with the 'Jewish question' as Hitler rose to power.

Franz Werfel was already a famous poet and well-known author then touring the Middle East in 1929 with his new wife, Alma Mahler. There he encountered Armenian refugee children. Their pathetic plight sparked this vast work. It was both fictions first treatment of genocide and a national epic soon beloved by Armenians . Werfel intended it not just an epic tribute to Armenian resistance but also as a warning to the Jews of Europe. His books banned under Hitler , Werfel & Alma Mahler fled to America. Hollywood's attempts to film it soon after publication hit a decades-long campaign of interference by the Turkish government. Maria Margaronis tells the extraordinary story of an extraordinary book.