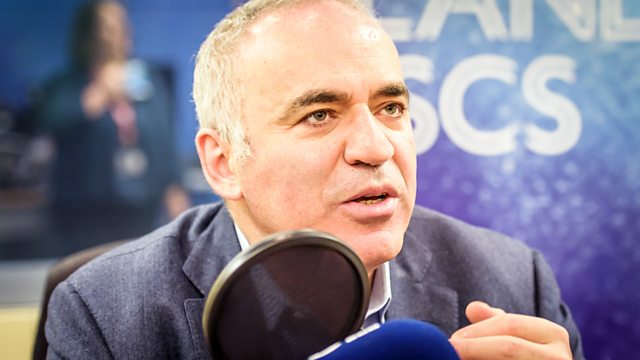 Garry Kasparov is a Russian chess grandmaster, who became the youngest ever world champion at the age of 22. He is also a writer and a political activist.

He grew up in the Soviet Union, the only child of engineer parents. He learned chess by watching his parents play as they worked out chess problems in the newspaper. As a five year old he was fascinated by the mysterious little pieces and the board with its 64 squares.

Garry Kasparov's father died when he was seven and it was his mother who guided him on his chess career. As a player, he was nicknamed the Beast of Baku, because of his dynamic style at the chessboard. He became a grandmaster on his 17th birthday and went on to become the World Champion after beating Anatoly Karpov in a now-legendary series of games in the mid-1980s.

He played high-profile matches against the IBM computer Deep Blue in 1996 and 1997. Since his retirement from competitive chess, he has written numerous books and become a high-profile political activist.

See all clips from Garry Kasparov (2)