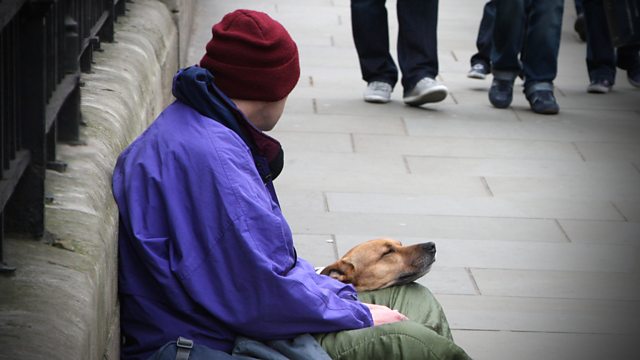 Holocaust Memorial Day, Are We Racist? 50 Years a Vicar

Noemie Lopian talks to William Crawley about her father's holocaust memoir, The Long Night. Plus a look at England's second longest serving vicar and racism in Britain.

As Turkey expands its bombardment of Kurdish controlled areas in Syria, there are reports that young men from the UK are travelling to join Kurdish forces. The Kurds have been largely supported and armed by NATO, of which Turkey are a member. As the situation becomes ever more complex historian Peter Frankopan talks to William about what's going on.

Canon David Wyatt, the second longest serving incumbent in the C of E, celebrated 50 years as Vicar of St Paul's Paddington, Salford this week. Kevin Bouquet went along to meet him.

January 27, 1945 is the day the Auschwitz concentration camp in modern-day Poland was liberated by the Soviets. Noemie Lopian talks about her father's memoir, 'The Long Night', which details his experiences in several concentration camps. Originally written in German, Noemie tells William why she has only recently summoned the emotional resilience to translate the book.

The Church of England has announced £24.4 million in funding for projects "aimed at opening new churches in deprived urban estates" Bishop Philip North explains how the Diocese of Blackburn intends to use its share of the money especially following the BBC's Panorama programme highlighting issues of ethnic and religious segregation in Blackburn.

This week the first Turban wearing Sikh MP Tan Singh Dhesi said he has been surprised by the amount of racist abuse he has received since becoming an MP last year. Are we becoming more intolerant as a society? Dr Mark Ledwidge and Journalist Mona Chalabi debate the question.

Good Morning is the new trend on texts in India. These greetings are so popular they are blocking the internet. Rahul Tandon explains what's behind this new phenomenon.

What is Prayer, Down's syndrome testing, the Singh Twins