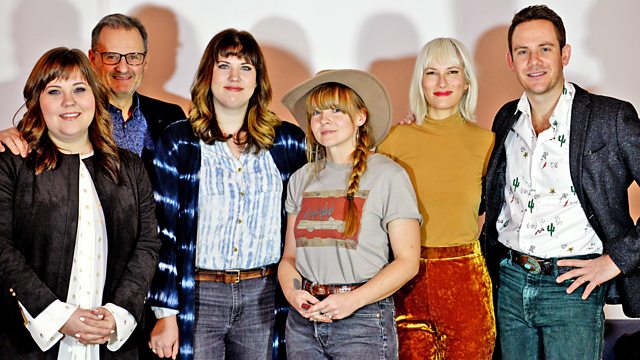 Mark Radcliffe brings you live music from the CCA in Glasgow for Celtic Connections 2018. Scotland's annual folk, roots and world music festival celebrates 25 years of showcasing Celtic music and its connections to cultures across the globe.

The line-up features the close-harmony singing of The Secret Sisters, two siblings from Muscle Shoals, Alabama who have recently been nominated for a Grammy Award. Sam Outlaw, a new country artist from Southern California who grew up listening to the music of Don Williams and Merle Haggard. Plus Courtney Marie Andrews, an Americana artist from Phoenix, Arizona influenced by Joni Mitchell.

See all clips from Country and Americana Night (3)