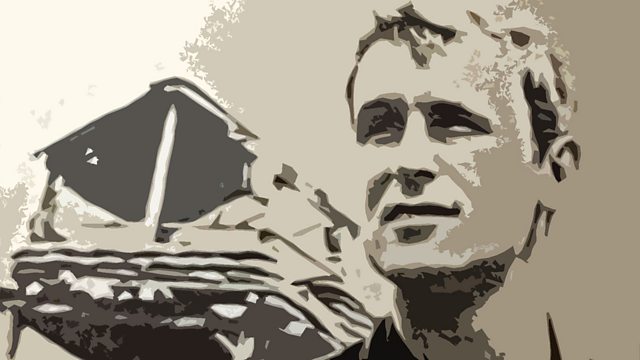 Julian Pettifer, the BBC's 'man in Saigon' during the Vietnam War, reflects on the Tet Offensive of 1968 as an epoch-defining moment in world history.

Julian Pettifer, the BBC's 'man in Saigon' during the Vietnam War, reflects on the Tet Offensive of 1968 as a turning point in world history.

On the evening of 30th January 1968, Julian dined with his cameraman Ernie Christie in a hotel in Saigon, while reporting the Vietnam War. There were few journalists there at the time because the Communists had agreed to a truce during Tet, the Vietnamese festival of New Year, and many of the international press corps had left the city.

It was Ernie's telephone call, in the darkness of the early hours of the 31st January, which alerted Julian to the Tet Offensive. Ernie was staying in a hotel close to the Presidential Palace and he called Julian to tell him there was heavy fighting in the streets nearby. As Julian says, "In Saigon we were used to the lullaby of distant gunfire, but this was something much more immediate - the unmistakable thump of a heavy machine gun, far too close for comfort."

Julian and Ernie took up a position in the driveway of an elegant house and shot close-up footage which at the time would only be seen in the movies. For several hours they remained in this position, trapped in the driveway by gunfire, with the mutilated body of a red-headed, bespectacled American military policemen hanging out of a Jeep beside them. Julian says that the face of that man still haunts him to this day.

It was not until that evening that they begin to learn the scale of the Tet Offensive - thousands of Communist troops had infiltrated Saigon, attacking dozens of targets including the American Embassy. Almost every provincial town and major US base in South Vietnam had also been assaulted.

Julian's reporting of Tet got to the heart of the conflict. He interviewed American GIs and Vietnamese civilians caught up in the war, bringing a human side to the tragedy that was unfolding. His style was serious, yet honest and down-to-earth and ground-breaking, the "soldier's-eye view" reportage he produced of the Tet Offensive won him a BAFTA and later an OBE for his services to broadcasting.

Tet turned out to be the turning point in the Vietnam conflict, coming completely out of the blue, it caught the American military and the world at large off-guard. Against the armed might of the USA and its allies, the Communists suffered a tactical defeat, but in the long term they won an extraordinary strategic and propaganda victory. It was those images, nightly on television, that finally turned the US public against the war and convinced them that it could not be won.

Fifty years on, Julian returns to his archive to recount his personal experiences, drawn from the heart of the Vietnam war. He recounts how during his time reporting in Vietnam, the Joint US Public Affairs Office threatened to take away his accreditation because they believed his reports to be 'Anti-American' and unbalanced.

Julian explores how Tet was the spark which ignited a series of explosive events that made it a turning point, not only in the Vietnam war, but in modern history. The anti-Vietnam war movement, which spread worldwide, gave powerful moral support to other causes that challenged the establishment. The Civil Rights Movement in the US, and women's rights and student rights movements almost everywhere, took inspiration and courage from the growing opposition to the war.

Produced by Melissa FitzGerald.
A Blakeway production for BBC Radio 4.

The Death of Illegitimacy