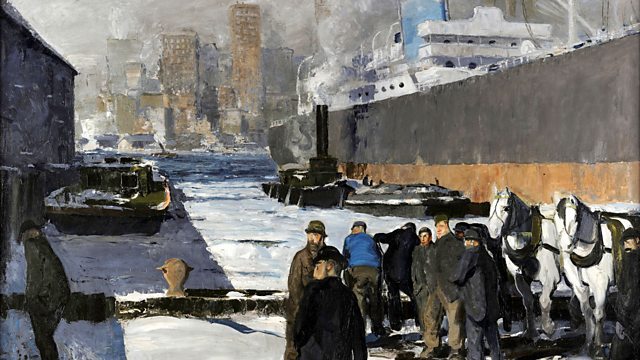 Men of the Docks by George Bellows

Episode two takes us to the Brooklyn docks in New York on an icy day in 1912. That's the setting for George Bellows' Men of the Docks, an extraordinary masterpiece from the collection of The National Gallery, London. The picture shows longshoremen waiting for work in the steely shadow of a cargo ship. Get up close and see how Bellows creates his cold and misty world - working quickly and fearlessly and using brushes, knives, and even his fingers, to manipulate the paint.

Cathy FitzGerald hears why the artist wanted his masterpiece on display to greet the arrival in New York of the greatest ship in the world - The Titanic.

The Temptation of Saint Anthony by Joos van Craesbeeck—Series 2

See all episodes from Moving Pictures

Zoom in on Men of the Docks 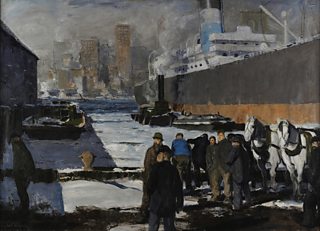 Click the image to zoom in. You will need to open it in a new window to keep listening.