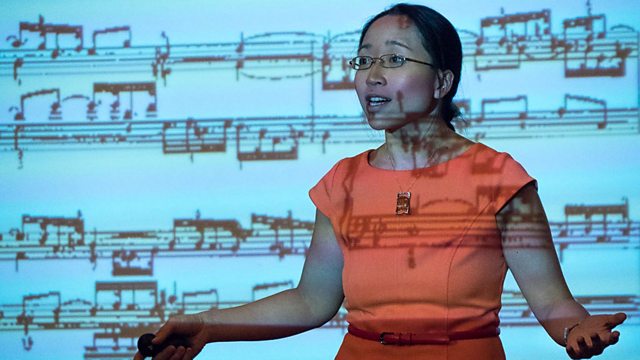 Jim Al-Khalili finds out what drove mathematician Eugenia Cheng to such a high level of abstraction and how she plans to rid the world of maths phobia, by baking.

Nothing annoys Eugenia Cheng more than the suggestion that there is no creativity in mathematics. Doing mathematics is not about being a human calculator, she says. She doesn't spend her time multiplying big numbers in her head. She sits in hotel bars drawing (mainly arrows) with a fine quill pen, thinking about how ideas from different areas of mathematics relate to one another and hoping to reveal a unifying, underlying logic to the whole of mathematics. Her area of research, Category Theory, makes algebra seem superficial. And if that makes your head hurt a little, don't worry. Feeling confused is an essential part of doing mathematics. 'You can't make progress without it' Eugenia says. Jim asks Eugenia what drove her to such a high level of abstraction and learns more about her mission to rid the world of maths phobia, by baking.

Wendy Barclay and the flu virus