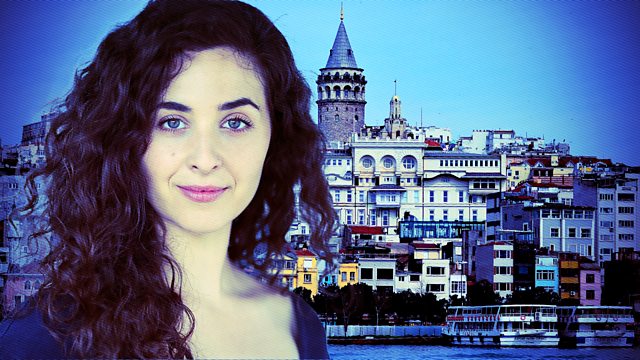 Drama Reading Europe - Turkey: The Bastard of Istanbul
Episode 1 of 2

4 Extra Debut. Elif Shafak's tale of two families bound by a shared past. An unexpected visitor sets the Kanzanci household in a spin.

Two families - one Turkish, the other Armenian-American - are bound by the same horrific past.

One rainy afternoon in Istanbul, a 19-year-old, unmarried woman walks into a doctor's surgery. "I need to have an abortion," she announces.

20 years later, Asya Kazanci lives with her extended family in Istanbul. All the Kanzanci men die early, victims of a mysterious family curse, so this is a household of women. Among them are Asya's beautiful, rebellious mother Zeliha, her clairvoyant aunt Banu and their eccentric sister Feride, as well as the ageing Petit Ma. They are ruled over by the iron will of matriarch Gulsum.

Into the midst of this madhouse comes Asya's determined American cousin Armanoush, who unknowingly brings with her long-hidden family secrets inextricably linked to Turkey's turbulent past.

Written by Elif Shafak and dramatised by Hattie Naylor.

Produced and directed by Nicolas Jackson.

An Afonica production for BBC Radio 4.