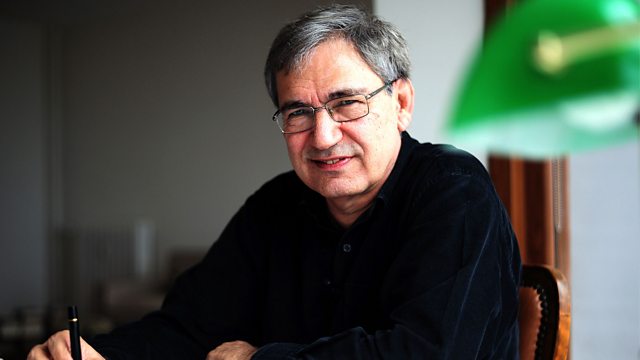 Critics Kaya Genc and Nagihan Ibn Haliloglu discuss how the Turkish literary scene compares to our own: what are the bestselling books, and how are writers dealing with the current political situation, given Turkey has imprisoned more writers recently than any other country.

Orhan Pamuk on his latest novel The Red-Haired Woman (Radio 4's current Book at Bedtime), and its themes of authoritarianism and the clash between the old and new Turkeys.

Since being sacked from her job as one of Turkey's most-read newspaper columnists because of her political views, Ece Temelkuran has concentrated on her career as a novelist, including writing the bestselling Women Who Blow on Knots.

Burhan Sönmez, the prize-winning Kurdish writer whose latest novel Istanbul, Istanbul, inspired by his own experience of torture and imprisonment, is about four political prisoners who tell each other magical stories about Istanbul.

Why has a little known love story written in 1940 recently topped the Turkish bestseller charts? Filiz Ali talks about her father Sabahattin Ali, who was murdered in 1948 but whose novel Madonna in a Fur Coat has become a publishing phenomenon.

The books discussed in our programme are:

Kaya Genc is a novelist and critic whose books include Under The Shadow: Rage and Revolution in Modern Turkey. Nagihan Ibn Haliloglu is assistant professor of civilisation studies at Haldun University.

(Her father) Sabahattin Ali's book Madonna in a Fur Coat, is translated by Maureen Freely and Alexander Dawe.

Her novel Women Who Blow on Knots is translated by Alexander Dawe.