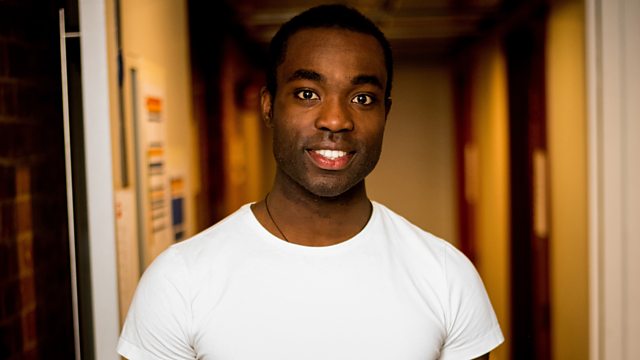 In 2016 Paapa Essiedu became the first black actor to play Hamlet for the RSC. As he reprises the role for a tour of the production we speak to the actor tipped to be a star, about Hamlet and his performances in television dramas Kiri and The Miniaturist.

It's rare for a poetry essay to make the news headlines but that's exactly what's happened to the essay written by Rebecca Watts in the current issue of PN Review. She talks to Samira about her problem with the poetry establishment and explains why her criticism of poet Hollie McNish wasn't personal. Award-winning poet Don Paterson responds.

Publisher Daniel Mallory turned debut novelist A J Finn discusses making it to the top of the best-seller charts with his psychological thriller, The Woman In The Window.

On tonight's podcast, artist Grayson Perry explains why the late Mark E. Smith of the post-punk group The Fall, was one of his heroes.

The RSC's tour of Hamlet starts in the UK on 26 January, 2018, in Salford.  Then it visits Plymouth, Hull, Newcastle, Northampton, and Hackney, where it finishes on 31 March 2018.

Image to the Left: Paapa Essiedu as Hamlet, with Yorick's skull.

Read Rebecca Watts' article The Cult of the Noble Amateur, and read Holly McNish's blog for her response.

A J Finn's novel The Woman in the Window is out now in paperback and hardback, and ain ebook and audio download formats.