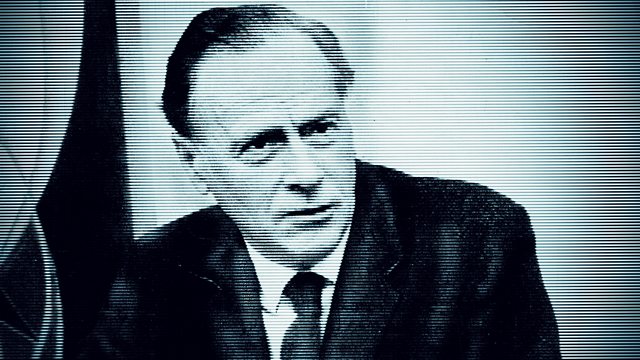 Douglas Coupland explores the ideas of 60s media seer Marshall McLuhan, in a new world of the 'global village'. From 2018.

Generation X author Douglas Coupland explores the ideas, sound and vision of media seer Marshall McLuhan who in the 1960s coined the phrases "the medium is the message" and "the global village".

Marshall McLuhan was the first great prophet of what would become digital mass media and indeed the global media village - a thinker and writer of near supernatural foresight.

Trained as a literary scholar, throughout his career McLuhan not only examined the relationship between form and content in the media itself, offering dazzling arguments for the importance of medium over content, but anticipated the very idea of online networks, virtual reality, multiple interfaces, social media and most importantly of all, how new technologies rewire us by stealth, endlessly transforming our identities and our communities. "We shape our tools and thereafter our tools shape us," he said.

Drawing on cutting-edge thinking about networks and cybernetics, McLuhan foresaw a fully wired, connected world, which would bring to an end the isolated consumption of print. New cross-border (effectively online) communities would form, breaking old political barriers, creating genuinely new kinds of electronic identity. But with this McLuhan offered a warning: older ideas of privacy and the self would evaporate under new media he said, leading to the rise of what he called 'discarnate' man - the lost, disembodied user extended across an unrelenting, unforgiving electronic global nervous system.

McLuhan's ideas seem more prescient than ever. As Douglas Coupland puts it: 'The future has never happened so quickly, to so many people, in such an extreme way - just as Marshall predicted, an uncanny prophet of our own digital age.'