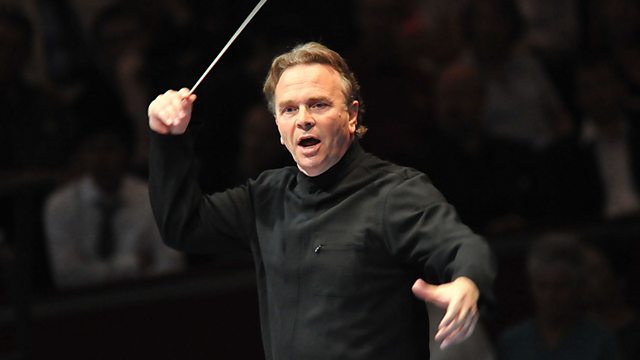 Sir Mark Elder conducts the Halle in an all-Shostakovich programme live from the Bridgewater Hall in Manchester. Tom Redmond presents.

'Pretend to be kissing someone, but then spit when they are not looking' is an old Russian proverb, and one which might well be applied to the music of Dmitri Shostakovich. His Four Romances on Poems by Pushkin was the first serious work to be written in the aftermath of the 1936 political attacks on him and the banning of his Fourth Symphony, examining memory, loss and betrayal. In a simpler, pared-down style, Shostakovich sets the words of Russia's greatest poet; the first movement compares the artist to a masterwork that has been graffitied over by a barbarian. Just after their completion, Shostakovich began work on his Fifth Symphony and made sure to quote from this first song in the last movement. Much has been written about this 'Soviet artist's practical and creative response to just criticism' (a journalist's, not Shostakovich's, subtitle), but whatever the meanings hidden or otherwise, there is no doubt that the audience at its premiere understood what the music was saying. In between, the First Cello Concerto, whose opening notes are both based on the musical notes of Shostakovich's own name and a rhythm that can't help but somehow remind you of Beethoven's famous 'fate' motif.

See all recipes from The Halle plays Shostakovich