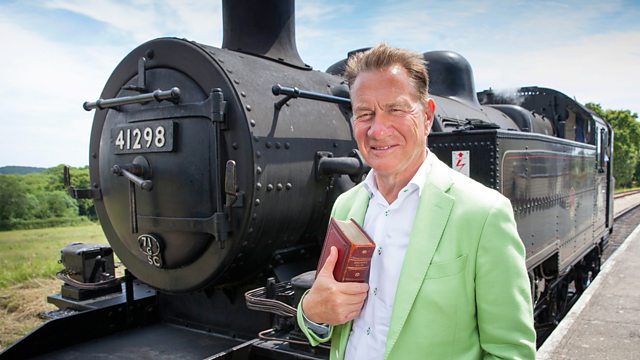 Michael Portillo journeys from the coalfields of south Wales to the southernmost tip of Cornwall. Michael discovers the restored home of the poet Dylan Thomas.

Dressed in the colours of the Welsh flag and with his 'new' Edwardian Bradshaw's guide in hand, Michael Portillo embarks on a railway adventure, from the coalfields of south Wales around the Bristol Channel to the southernmost tip of Cornwall. His first stop is Whitland in Carmarthenshire, where in the early 20th century, thrill-seekers gathered on Pendine Sands to indulge their need for speed. Michael joins latter day petrolheads to burn rubber on the beach in an iconic three-wheeler.

In Llanelli, Michael retraces the fateful events of a national rail strike in 1911 and is stirred by the sound of a male voice choir as they sing the town's unofficial anthem. At Loughor, he discovers a passionate preacher, who led a religious revival which gripped Edwardian Wales and had profound implications for the nation's established church.

In a suburban semi-detached house in the 'sprawling, crawling town of Swansea', Michael discovers the restored home of the poet Dylan Thomas, and the tiny bedroom in which he wrote two thirds of his published work.