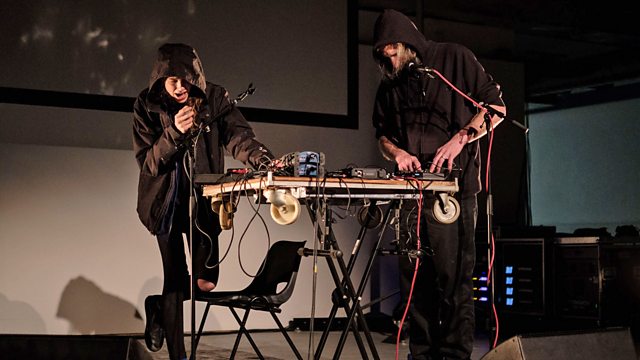 Tom Service presents highlights from the London Contemporary Music Festival, with works for voice and electronics performed by Joan La Barbara, and songs by Chris Newman.

Tom Service presents more highlights from the London Contemporary Music Festival, recorded in December 2017. Tonight's programme features works for voice and electronics, composed and performed by Joan La Barbara; songs by Chris Newman performed by the new music ensemble Apartment House, with the composer on vocals; and a solo voice set by Leo Chadburn.
Also from this concert, songs from Yeah You, an electronic noise/pop band who record semi-improvised songs using a saloon car as their studio.

American vocalist and composer Joan La Barbara is one of the 20th century's great vocal pioneers. She has pioneered experimental multiphonics, circular singing, ululation and glottal clicks over the past five decades.
Chris Newman is an experimental interdisciplinary artist based in Germany. He formed a "chamber-punk" band in the 1980s to perform his songs, which he revives in this concert with Apartment House.