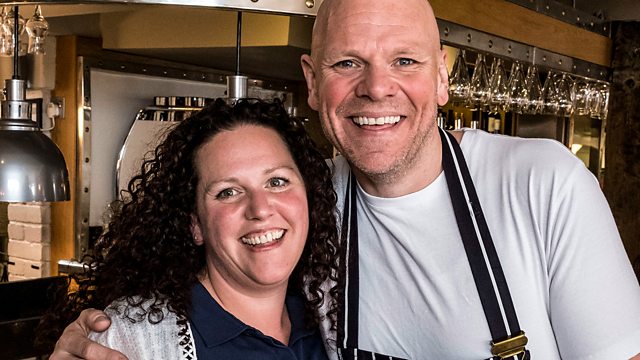 Tom Kerridge helps local dieters lose weight for good. Tom turns the spotlight on dieters who say they are too busy or inexperienced to cook healthy meals at home.

Chef Tom Kerridge, who famously lost 12 stone over the last few years, has set himself an ambitious challenge - to help a group of struggling dieters from his neighbourhood to lose weight. Over 12 weeks, Tom is giving them delicious, calorie-counted recipes to try at home, while helping them to make the emotional and practical changes to their eating habits which will bring about lasting weight loss. Tom knows that denying ourselves pleasure from food won't deliver long-term results. We get fed up and then we give up. Far better, he believes, is to cook and eat lower-calorie recipes which are satisfying and full of flavour. And as both a Michelin-starred chef and someone who has struggled with, and is conquering, his own weight issues, there is no better mentor.

Last time, Tom's gang of calorie-counting dieters got off to a flying start. Between them they lost 73 pounds in the first fortnight. This time, Tom is turning the spotlight on the dieters in the group who say they are too busy, or too inexperienced, to cook healthy meals at home. Tom is convinced that his quick and easy recipes - along with his support and encouragement - will change that.

His recipes include a family breakfast of Cajun scrambled eggs, a dieter's 'cheat pizza', a pea and ham pasta that is on the table in under 15 minutes and a really simple lower-calorie French apple tart. The 13 dieters in his group are beginning to build a strong support network. At the heart of this is a social-messaging group they have set up to share tips and give each other advice. Tom is delighted by this as he thinks they are more likely to lose weight supporting each other, especially if this were to carry on after the experiment is over.

See all episodes from Tom Kerridge's Lose Weight for Good

See all recipes from Quick and Easy 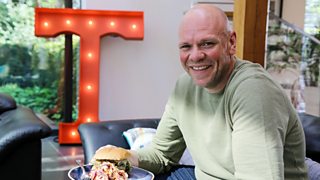