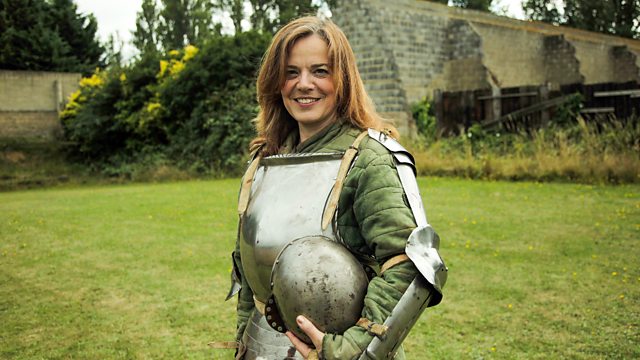 Helen Castor tells the story of Lady Jane Grey, the first reigning queen of England. A victorious Mary decrees that Jane, her husband and her father should be executed.

Jane has been installed in the Tower of London by a powerful cabal of men in the royal court. They want to keep the Catholic Mary Tudor from power. Meanwhile, Mary has assembled an army and is ready to fight back.

Led by the manipulative Duke of Northumberland, Jane's forces have assembled close to Mary's castle at Framlingham. Poised on the brink of battle, the two sides are evenly matched and the outcome hangs by a thread. When a key supporter of Jane's defects to Mary's side, taking with him thousands of followers, the balance tips. The Duke of Northumberland is thrown into confusion and the country holds its breath to see what will happen next.

On the final day of Jane's nine-day reign, the men who placed her on the throne abandon her and switch sides to join Mary. Their ringleader is Jane's own uncle, the Earl of Arundel.

Jane and her father, the Duke of Suffolk, are prisoners in the Tower as Mary enters London in triumph.

Jane is put on trial, but at first her life is spared. It is only when Jane's father joins a second rebellion that Mary takes action. She decrees that Jane, her husband and her father should be executed.

Helen Castor discovers that despite her reign lasting only nine days, Jane did leave a legacy - when Elizabeth I finally inherits the throne the lessons she learned from observing Jane's struggles help her to rule for 44 years. And, crucially, that Jane opened the door for a woman to rule England in her own right.

See all episodes from England's Forgotten Queen: The Life and Death of Lady Jane Grey