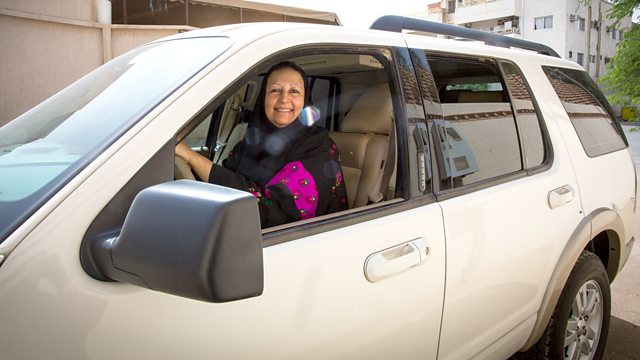 Her Story Made History Series 1

Lyse Doucet travels to Saudi Arabia to meet Madeha Al Ajroush, Maheda battled for 30 years to get women the right to drive. It is a battle she has now won.

Lyse Doucet travels to Saudi Arabia to meet Madeha Al Ajroush, who battled for 30 years to get women the right to drive. It's a battle she's now won, as women in the kingdom will legally be allowed to drive later this year. As a Saudi woman, she says, "you'll always be treated like a child and never like an adult. And that was a problem, and it continued till this day - but things are opening up now."

This five-part series features in-depth interviews with remarkable women about the relationship between women and democracy, on the 100th anniversary of the first time British women won the vote. Lyse travels across the globe, meeting women from Afghanistan, Liberia, Northern Ireland and Iceland to discover that the victory of 1918 in Britain has continued to resonate through the century. She hears reflections from some of the world's most influential women's rights activists, including former presidents, and shares her own experiences in reporting from some of the most troubled regions.

See all episodes from Her Story Made History

Get the podcast of this and other great documentaries.