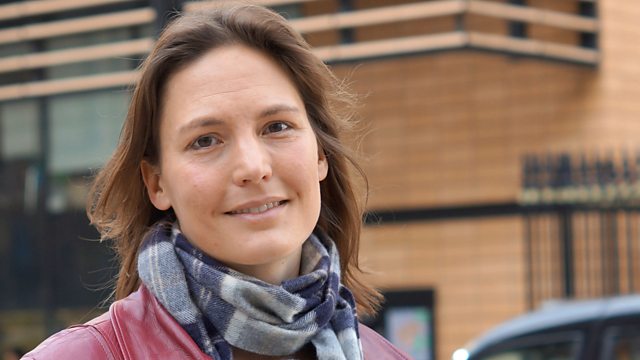 The physicist and broadcaster Helen Czerski talks to Michael Berkeley about her favourite music, inspired by her Polish heritage and a fascination with technology and exploration.

The physicist and broadcaster Helen Czerski talks to Michael Berkeley about her favourite music, inspired by her Polish heritage and her fascination with technology and exploration.

Having gained a wonderfully titled PhD in Experimental and Explosive Physics from Cambridge in 2006, Helen worked in the US and Canada, and is now a Research Fellow at University College London where she specialises in the relationship between waves, weather and climate.

But apart from her academic research and teaching she has another mission - to make physics accessible to us all. She does this by exploring the connections between the way the world works and our everyday experiences - for example weather patterns can be seen in microcosm when you stir milk into your tea. Hence the title of her highly successful book - Storm in a Teacup.

She writes regularly for the Guardian, and has made numerous radio and television programmes about colour, bubbles, the sun, the weather - and the science behind sound and music. Her latest is a three part television series about temperature.

She chooses music by Strauss which reminds her of her Polish heritage; music by Dvorak which evokes the long sea voyages she undertakes for her research into ocean bubbles; music by Verdi which celebrates her fascination with technology and industry. And she gives the definitive, scientific answer to that most vital of questions: what's the best shape for a champagne glass?